You were a Dick 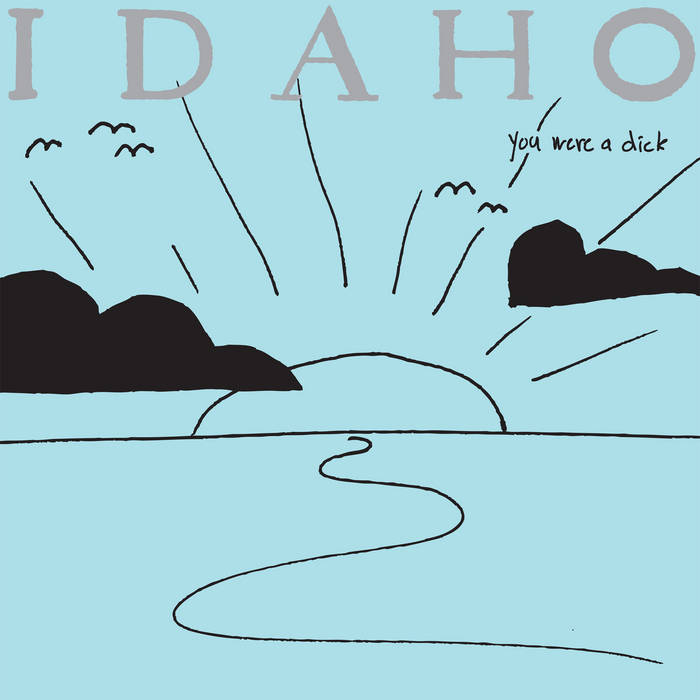 Inbadreams Bonjour jeff !
I received my Dick CD well today (France), thank you for that :-) It was the only Idaho LP missing on my shelves. I wish I could see you onstage one day or another but I never heard about an Idaho gig less than 3h drive from my home ; but it's okay, I feed on your records since the very beginning, I was a student, now I'm 52.
Take care,
C

Sarah Fortin The sparks began to burn instead of shimmer. Favorite track: You were a Dick.
more...

"I hope you don't take it personally," Jeff Martin sings at the beginning of You Were a Dick, "that I disappear like that." He turns out to be addressing a photo of an old acquaintance on a computer screen, but those words also serve to extend an olive branch to his fans. It's been six years since The Lone Gunman, a somewhat out-of-character record heavy on cinematic instrumentals. A whole decade has passed since Levitate, the last Idaho album to feature the kind of slowcore they helped to define alongside bands like Low and Red House Painters. Between Martin's journeyman status and his quiet recent years, you wouldn't be surprised to find him in an aimless experimental phase by now. But instead, this charming comeback sounds like the work of a guy who knows exactly what he's good at doing.
Jeff Martin and John Berry were in high school when they formed Idaho in 1992, and they soon issued their Caroline Records debut, the dark and baleful Year After Year. Over the ensuing decades, Idaho began to release their own records, and the lineup shifted around the stable center of Martin, who now goes it alone. While the laidback cadence and emotively minimalist instrumentation of You Were a Dick are vintage Idaho, Martin's angst has mellowed into a pensive melancholy with a wry twist. His vocals radiate a welcoming warmth, with just enough coarseness not to float away. No longer straining against high notes, he sings right into the grain of his natural voice, which fits the gentle recriminations and consolations of his lyrics perfectly.
The music comes over as tiny and detailed. Most songs are structured around supple webs of cleanly chiming and pedal-sculpted guitars, or simple piano phrases, lightly dressed in electronic keyboards. But Martin draws many different aspects out of these common elements, from the ramshackle elegance of "Reminder" to the soft pastoral glow of "Structure". On the title track, what sounds like an EBow misplaced on a fret sends a shimmering buzz coursing through one of the guitar parts, imbuing its clockwork regularity with something a little nervous and wild. Martin is known for using custom tenor guitars, and in this spare context, those four strings resound like a miniature orchestra. He really lets us hear how his fingers move, with impulsive shifts in phrasing and inflection. The unique, unreplicable emotional character of each note and the snowflake-like differences between similar chords shine out in high definition.
These little loose threads keep the soothing vibe from getting monotonous, as do periodic wake-up calls like the quick-and-dirty instrumental "Impaler" and the booming pop-punk of "The Space Between". Thanks to the internal consistency of Martin's time-honed tone, the mystical Neil Young-ish folk of "Someone to Relate To" can sit comfortably next to a shaggy anthem like "Up the Hill". Again, he knows what he's good at. But even more importantly-- judging from this familiar yet fresh return to form-- he still believes in it, too.

Review of Idaho's "You were a Dick" by Jack Rabid of
the Big Takeover Magazine.

Once prolific, Idaho singer/songwriter Jeff Martin all but disappeared on us, working instead in the equally creative field of TV, movie, and documentary soundtracks, to which his vision is singularly suited. This strangely titled eighth LP is his first since 2005’s more experimental, half-instrumental, keyboards-entranced, almost Eno-esque The Lone Gunman, and only his second since 2001’s more regular Levitate. Perhaps the 2008 reissue of his 1997-1998 efforts working with former foil Dan Seta— Alas and The Forbidden EP on one CD—rejuvenated his interest in Idaho, as Dick picks up the thread of that period’s tracks such as “Only in the Desert” and “Bass Crawl.” It’s a mellow, misty-roses-beautiful piece of work, atmospheric like the weather right after it finishes raining. That’s not atypical for Martin, especially since Idaho the band became his sole preoccupation, a refined evolution from founding slowcore/sadcore days as L.A.’s answer to Red House Painters, American Music Club, and Low. His acoustic and custom four-string guitars’ unique tonal qualities assert themselves in subtle fashions, such as on a fuzzy instrumental “Impaler” (ah, classic mid ‘90s Idaho!), the more drums-centered “Up the Hill” and the up-tempo buzz of “The Space Between,” while several others like “Reminder” and “Someone to Relate To” are his sweetly sad piano meditations in the Neil Young “Soldier” mode—his low, trembling, sighing voice filling in the melodic movements. It’s music to accompany crossing the Mojave Desert, and outside of Wheat’s Medeiros and Husband & Wife’s Dark Dark Woods, no one else ever came close to Martin’s moist morning mood; and after so long gone, I’d forgotten how much I love it. (idahomusic.com)

Bandcamp Daily  your guide to the world of Bandcamp

Cannibal Corpse's George "Corpsegrinder" Fisher stops by for an interview